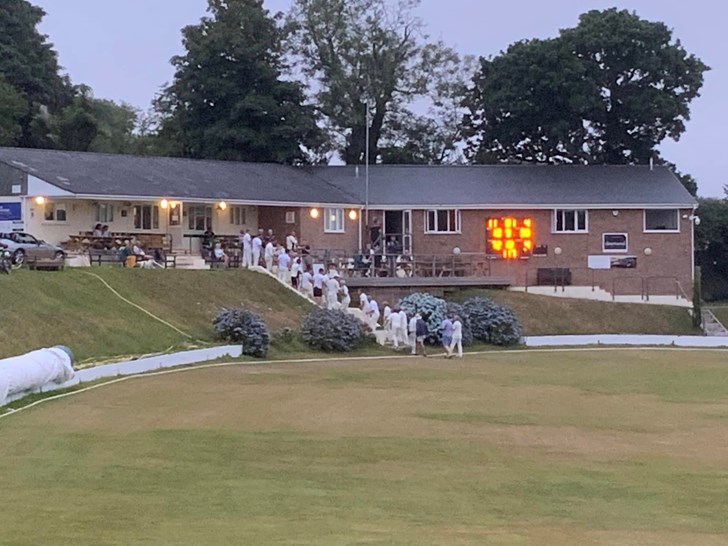 The inaugural John Jackett Cup took place this week between a Falmouth Rugby select XV and the Seaview Old Boys. Although games between the teams have taken place before over the past few years, this match was for the newly created John Jackett Cup, which helps to mark 150 years of rugby at Falmouth.

The Seaview came into the game on excellent form, beating Falmouth Cricket Club in the Mining League Division One in the previous week by 8 wickets.

The pub side were put into bat first and were tested early by opening spells by Darren Becconsall and Jon Baglow. Despite a shaky start, Baglow went onto collect 2 wickets in his first over, bowling Classey and Ben and leaving The Seaview at 5 for 2. Tom Spiller’s opening over also proved fruitful, with the last ball striking Ed’s pads and veteran benchwarmer Seb Firth triggering.

It was around this time that Simon Bailey found some of the fine form as he’s been showing for the Seaview all season. In his opening 30 run stint he struck four 4’s and a huge 6 before having to return temporarily to the Pavillion.

Other highlights of the opening innings came from an incredible left-handed catch by Becconsall of Swan, who was starting to open up nicely. Also the dismissal of betraying rugby club Vice-Chairman James Instance who was dismissed after some varied bowling by Brad Cock who took his middle stump.

Bailey came back into bat after the last wicket fell and scored another 6, before being dismissed at mid-on by Billy Bateson’s bowling. This left the Old Boys on 117.

Baglow and Toby Duncan opened up the batting for the Eagles, with the latter being shown how to take guard and back up on the way out to the middle. Baglow was dropped early at square leg before hitting a boundary down the ground and subsequently being caught and bowled by Damo. Duncan went onto score a single with new batting mate Ben Ackner, before both were bowled.

Ashley Searle then started to change the fortunes for the Eagles, showing form that he’s had for FCC all year and preventing him from attending pre-season training. Cavey hit five 4s before retiring on 33, a marked improvement on his second ball dismissal to the Seaview the week previous.

Trevor Ward followed up two wickets in the first innings with a brief 6 run stint before being dismissed by betraying rugby club Vice-Chairman James Instance who also took the wicket of Cam Bullock who also got himself a single.

Ollie Evans surprised critics with a down-the-ground boundary before being removed by run out.

Becconsall, encouraged by a wicket in the first innings and his incredible catch looked confident at the crease, picking up a number of singles and rotating the strike well. He was also run out.

Searle came back into bad when the last wicket fell, and had a lot to do claw back the game in the dying overs. He remained not out as his partner spiller was bowled by Ben leaving the rugby club 37 runs short on 81.

The inaugural John Jackett Cup went to the deserved winners The Seaview Old Boys and was presented to the winning team by rugby club Chair John Bullock, who spoke of the legacy the club wish to create.

Speaking after the event Falmouth chairman John Bullock said: "It was well played, competitive and fun. That is our aspects of 150 which is to celebrate history and people and produce legacy.

"This is the John Jackett cup that the two will compete for annually. It was a well-played match in good humour nicely supported by Falmouth Cricket Club. We are doing as we said moving forward and creating a legacy." 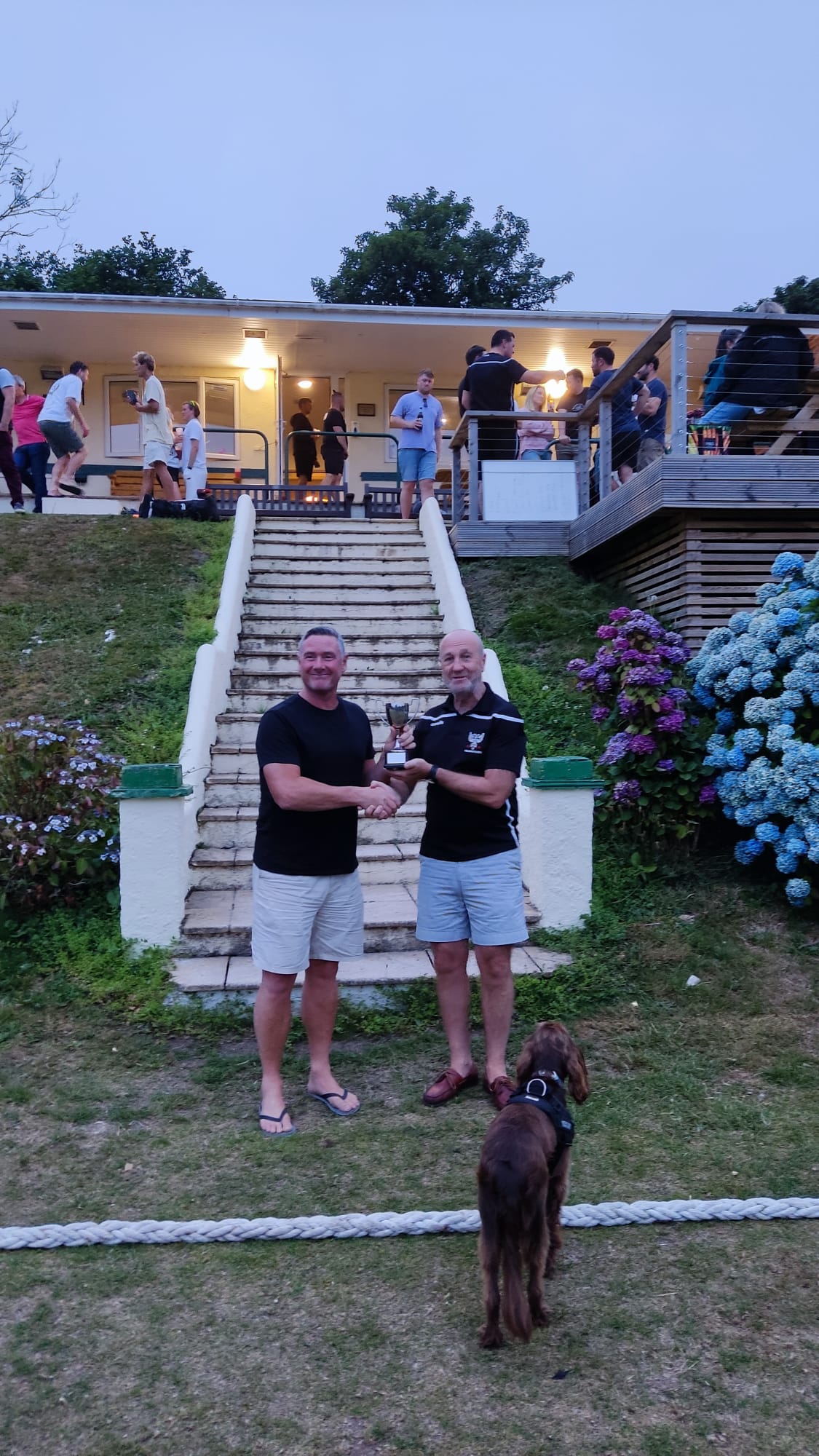 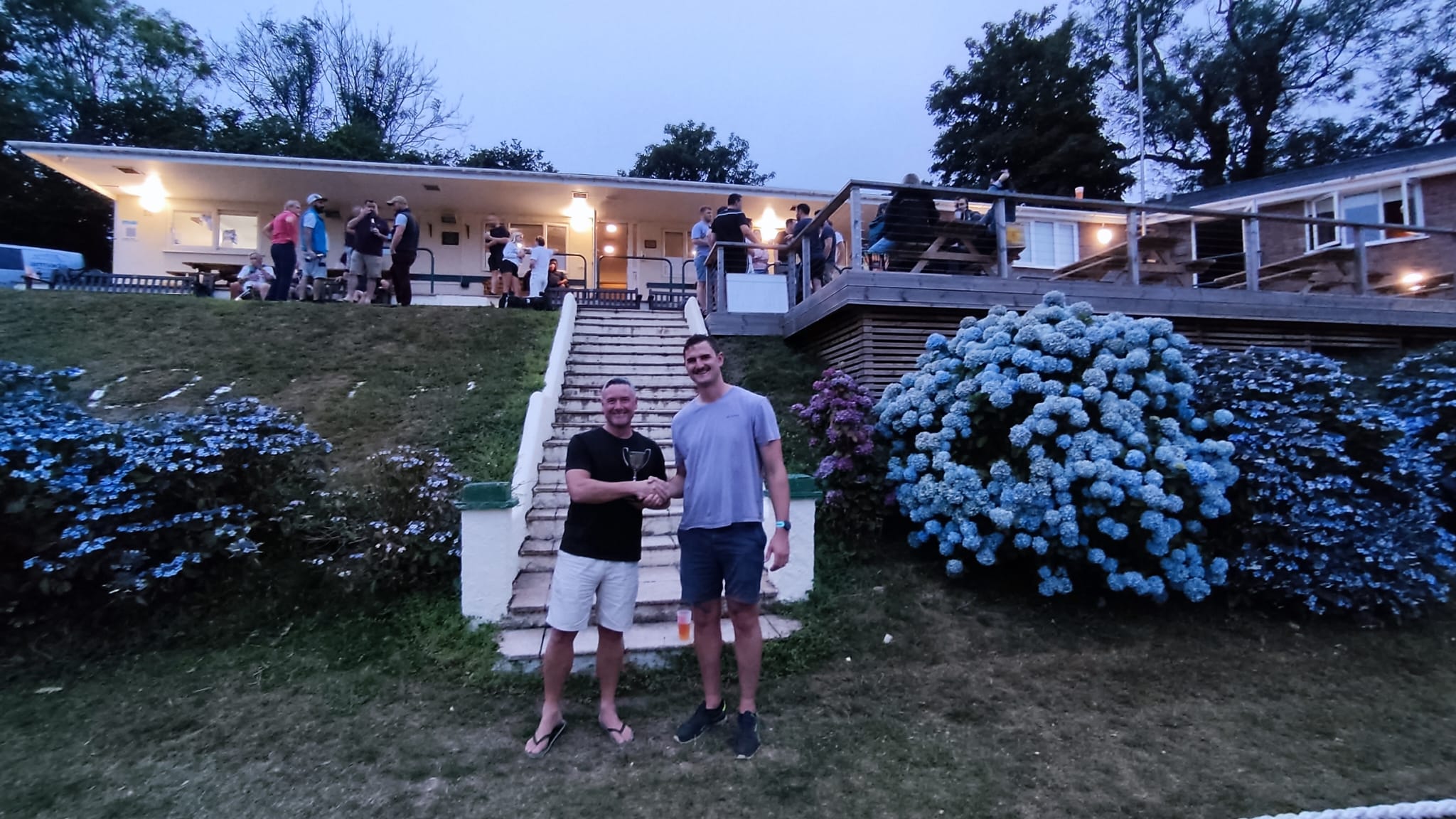